Time for the 3rd instalment of our California Road Trip which takes us to Yosemite… Ready to be blown away by the views… get scrolling! 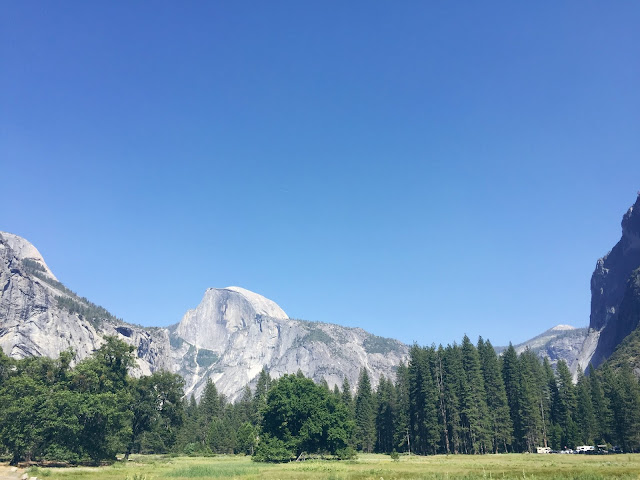 What comes to mind when you think of Yosemite? For me its amazing views in every direction; hiking; lots of greenery and waterfalls…

Yosemite was definitely my favourite part of the whole road trip. I knew it was going to be amazing but hadn’t realised just how blown away by it I was going to be.

I mean look at these views… 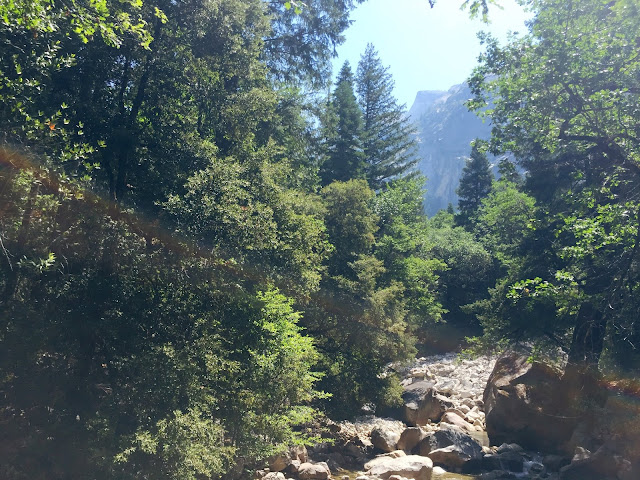 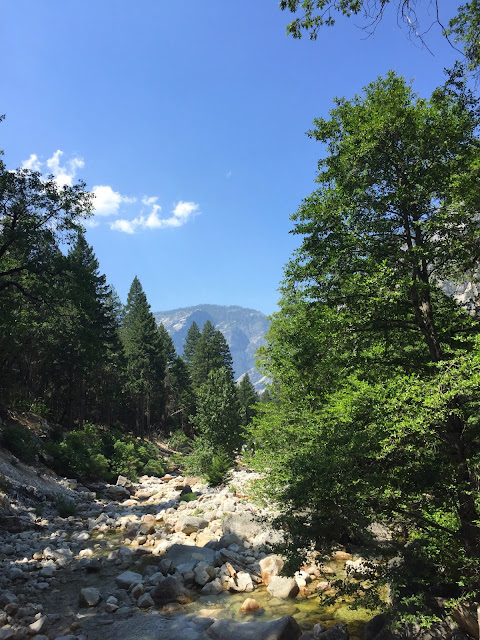 There wasn’t a single part of Yosemite that I wasn’t impressed by. The drive into Yosemite National Park definitely tantalises your taste buds with gorgeous views – sheer drops with massive trees in every direction… I didn’t know where to look! 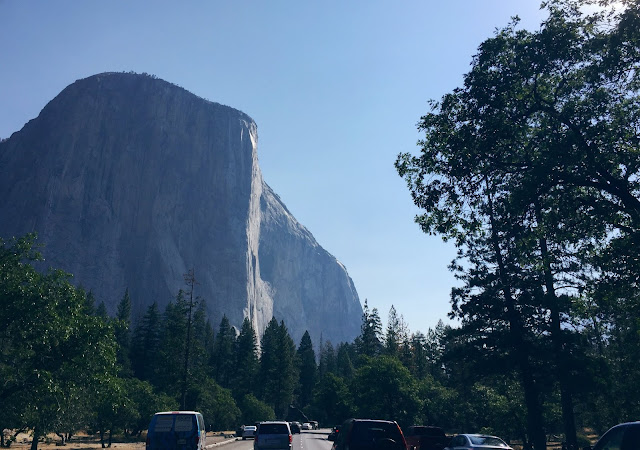 We decided to spend our day in the surrounding areas of Yosemite Village and see what routes were suggested. Little tip: When driving into Yosemite make sure to bring $30 per car as you won’t be able to get in otherwise! This ticket lasts for 7 days if you’re planning to stay for a while.

We had read up a little bit about going to Yosemite before we went and it suggested to get there early (ie. before 9) otherwise you wouldn’t get a space in the main carpark. We didn’t get there until just after 9 and it was half empty so luckily got a space 😊

There are a number of different level walks you can do in Yosemite and we decided to do one of the easy long walks to start off with and then carry onto a medium trail.

We started off on the Mirror Lake trail from Yosemite Village and did the full loop and saw some gorgeous views. It was so quiet for the majority of the walk until about the last quarter when it got much busier. 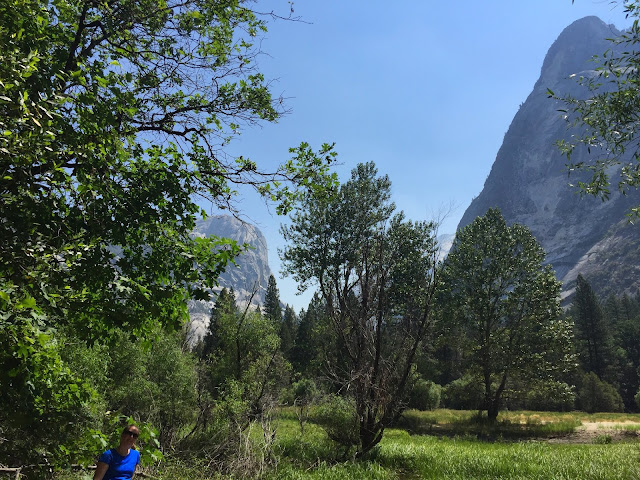 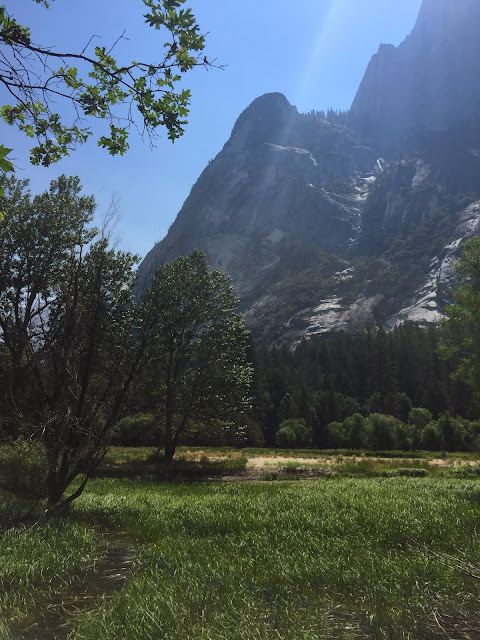 We stopped for lunch here and it was so peaceful… 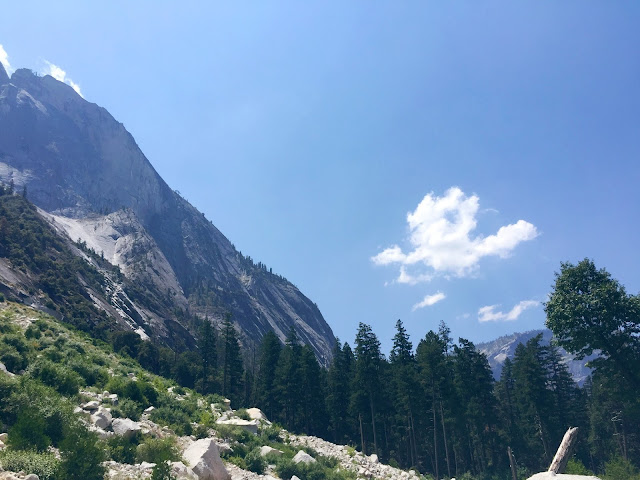 The Mirror Lake trail took us a couple of hours as we stopped to enjoy the scenery a lot. The next trail we decided to do was Vernon Falls. This was noted as a moderate trail and I found it knackering – If I were to go again I’d definitely hit the gym more! The views from the top were amazing! The waterfall and views were just breathtaking… 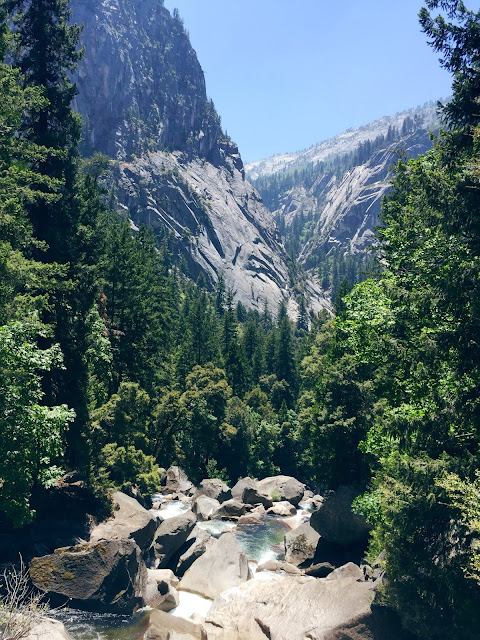 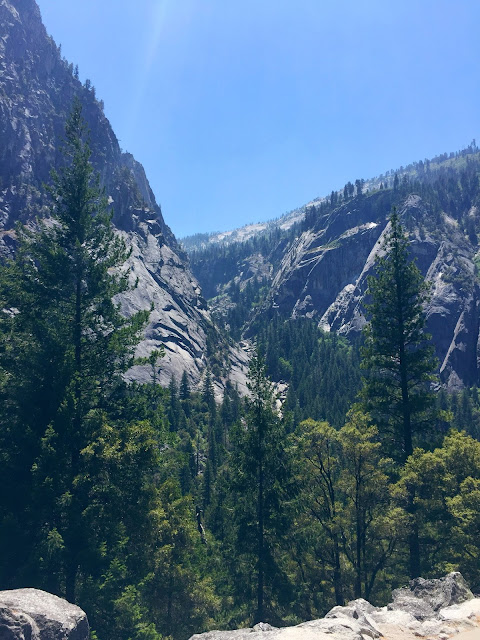 This was a very busy trail – the busiest one of the day for us so beware of having a lot of people around you. 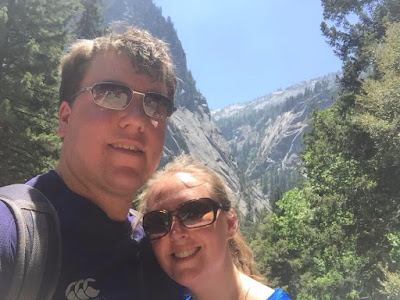 After grabbing an ice lolly and drink (the only thing that got me through climbing up Vernon Falls!), we made our way over to the other side of Yosemite Village and did the Lower Yosemite Falls trail which is nice and easy with not much elevation. This was the final waterfall we saw and it was amazing. This loop was only just 1.5km in total so was a nice end to our day in Yosemite. 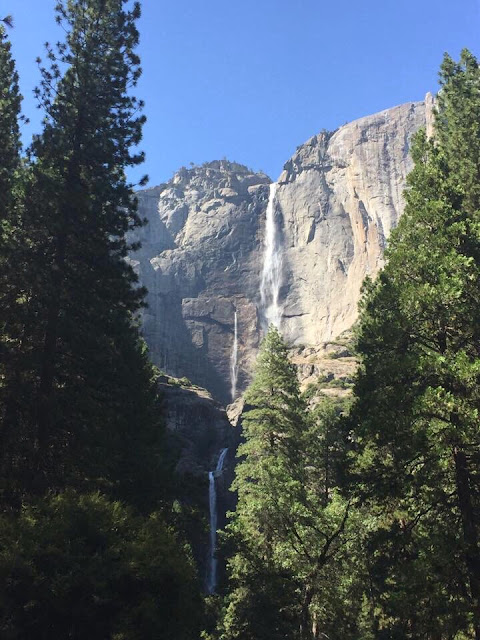 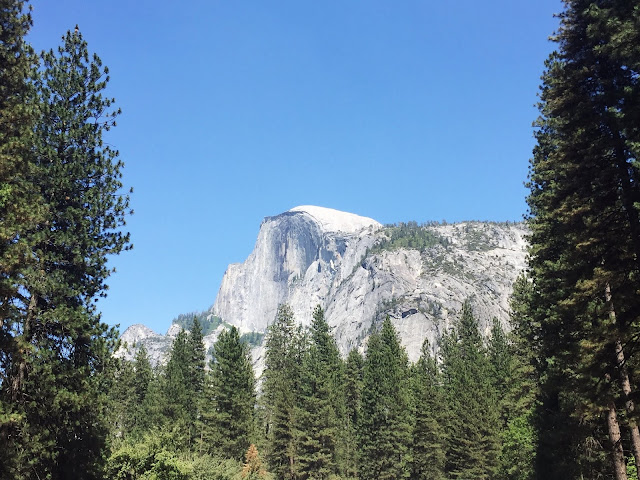 I can’t explain how mind-blowing Yosemite is but hopefully some of the photos above can highlight just how amazing it is. I’d highly recommend to anyone to go if they can. 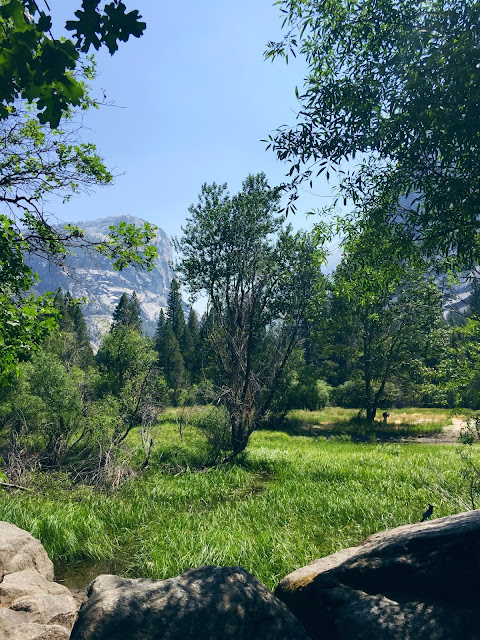 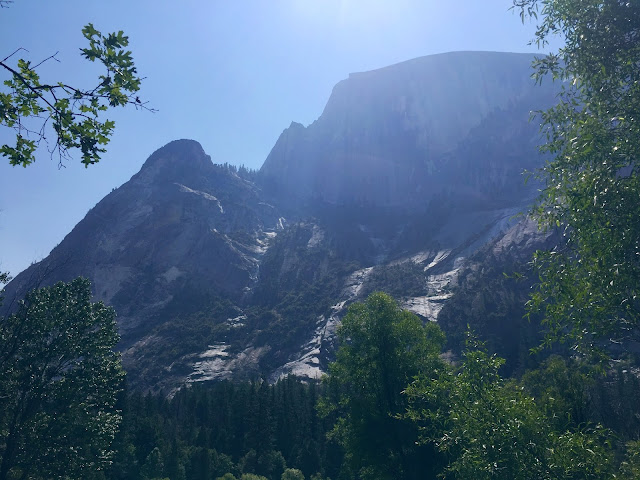 Our second day was spent chilling in Groveland where we were staying. As mentioned in my previous post, we were staying in a chalet of sorts in Pine Mountain Lake. When we arrived we realised the community had been built around a lake and so we decided to spend our second day chilling here. The airbnb had camping chairs and we took these down to the lake along with a picnic. We literally just sunbathed and chilled. Perfection! 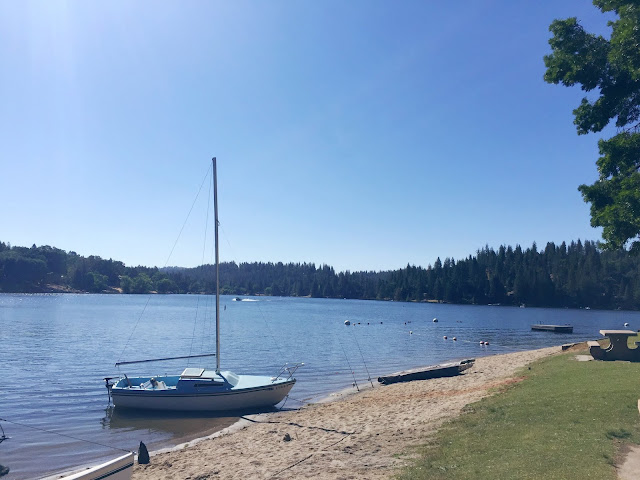 After our picnic we went for a drive around the whole community which took just over half an hours and saw some lovely massive homes. This is what I imagine a second holiday home looking like!

We then adventured into Groveland and walked along the main high street and went into a saloon for some refreshments and ice cream. This is what holidays are meant for! Definitely check out the Iron Door Saloon if you’re in Groveland – the ceiling is covered in dollar bills which is fairly cool. 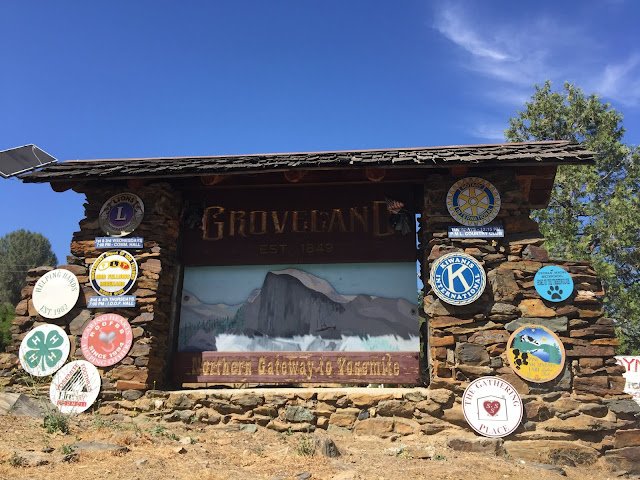 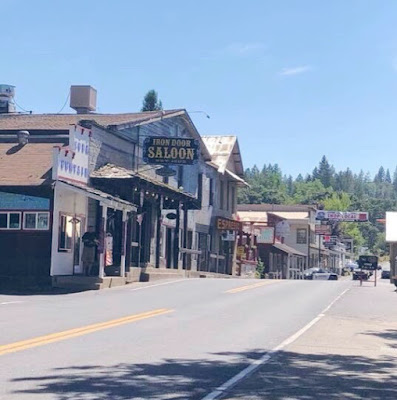 We are 100% coming back to Groveland and Yosemite! We could literally see ourselves spending a relaxing weeks holiday here chilling by the lake with friends and going on walks in Yosemite.