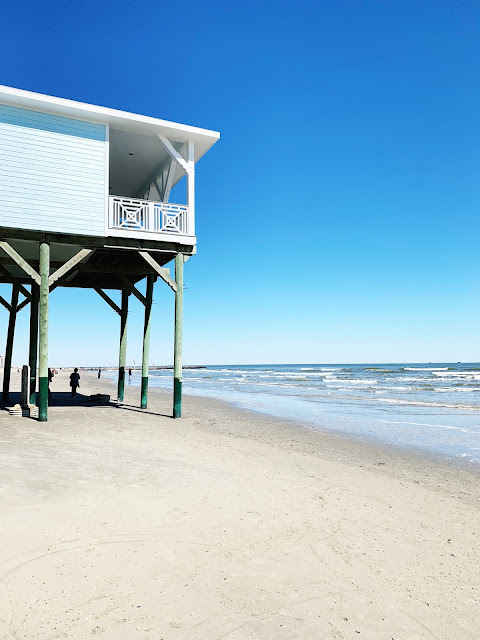 Bloody hell I’m knackered! I got back from my flight at about midday yesterday and since then have been mainly chilling on the sofa and catching up on sleep.

Anyhows… its been one busy week and I’ve been in hot sunny Texas and then been in snow storms in Buffalo for work. Super busy but good fun.

Saturday last weekend was an early start and I was up at 5:30am to get to Manchester Airport. We flew Singapore Airlines Premium Economy and it was so nice – so much space, comfy wide chairs, big screens and we even got Bose-like noise cancelling headphones. I would be more than happy to travel like this all the time if I could.
During the flight I watched a movie and then caught up reading ‘Becoming’ by Michelle Obama and had a couple naps.
The food was also very tasty! There were little salads with each meal – with the first one was a little potato salad with smoked salmon and the dinner had a little prawn salad mmmm. The puddings were also super nice – a cheesecake and then a carrot cake… YUM! 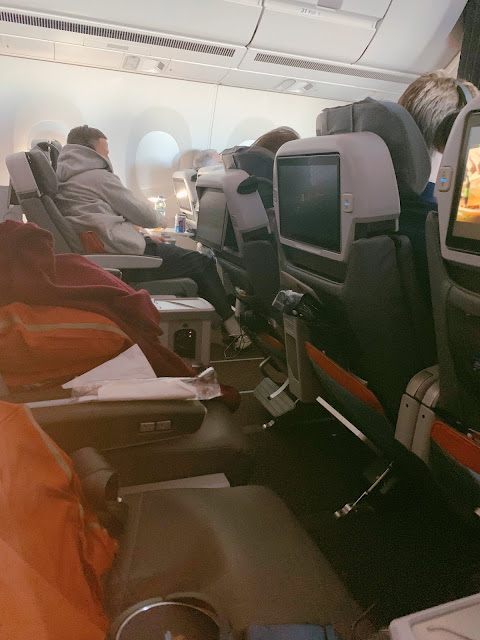 It was such a long flight but worth it when we touched down to sunny Houston. As you’d expect on a work trip a lot of the trip was spent working but we did manage to go and do some things.

On the Sunday we spent the morning at Nasa space centre followed by an afternoon in Galveston by the sea drinking cocktails. We had a lovely time in Galveston and even got to walk along the beach – it was just what was needed after months of cold weather to be in a summer dress walking bare foot along the beach. We then found this cute like tiki hut bar and grabbed some cocktails. I didn’t end up taking that many pictures as the work people I was with don’t know how many pictures I take of things and didn’t want to feel embarrassed… oops! 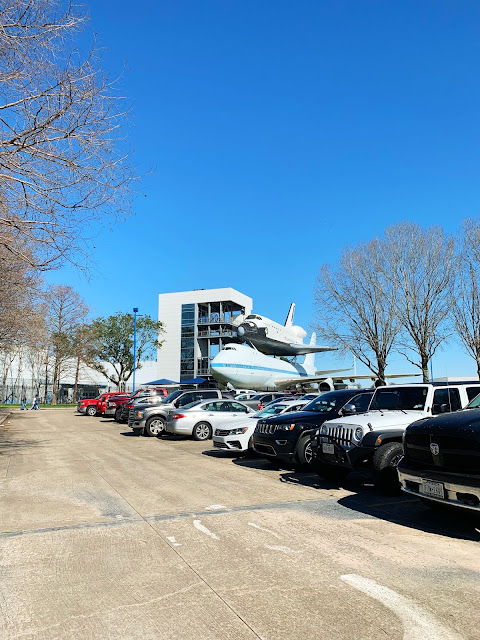 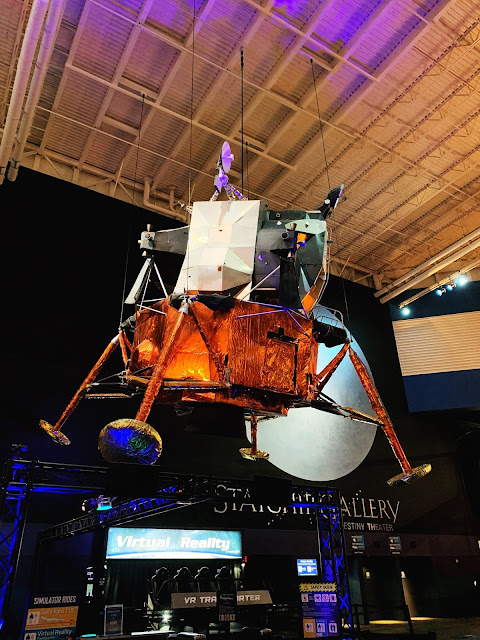 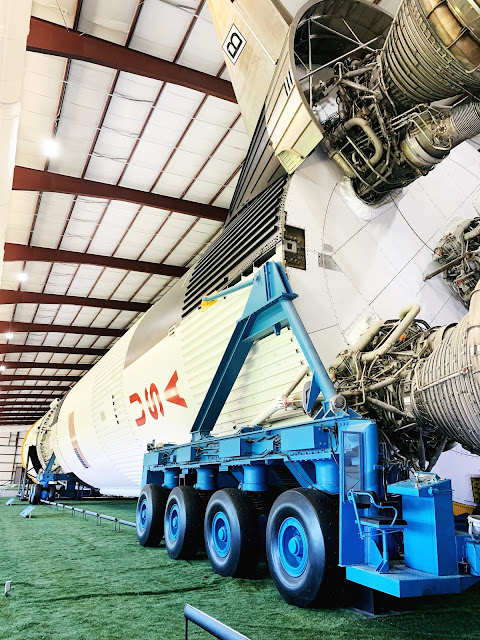 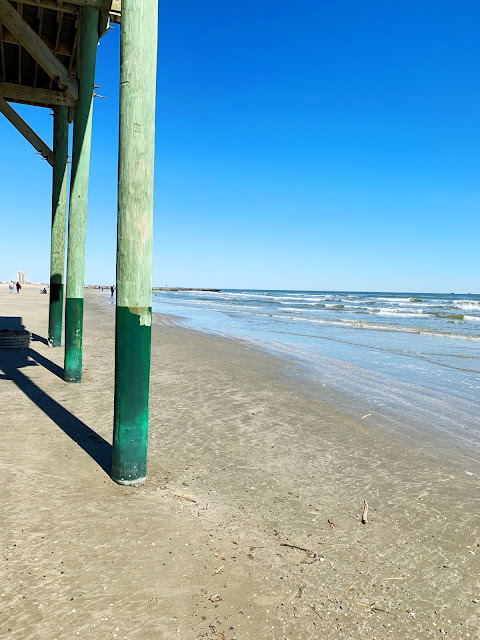 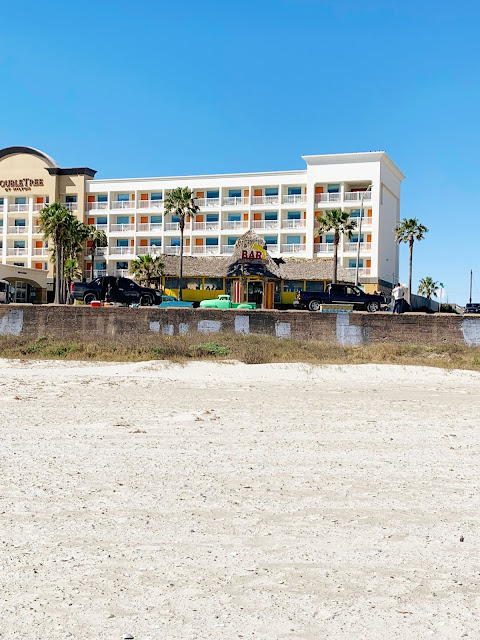 We managed to see some classic cars and lots of bikes cruising up and down the beach road. Couldn’t resist taking some pics after all!

So what else did I do in Houston.. drank lots of caramel lattes to get me through work and went to some tasty places for dinner. The best meal had to be at Lupe Tortilla where I had shrimp tacos. First time I’ve had them and I’ll defo have them again mmm! 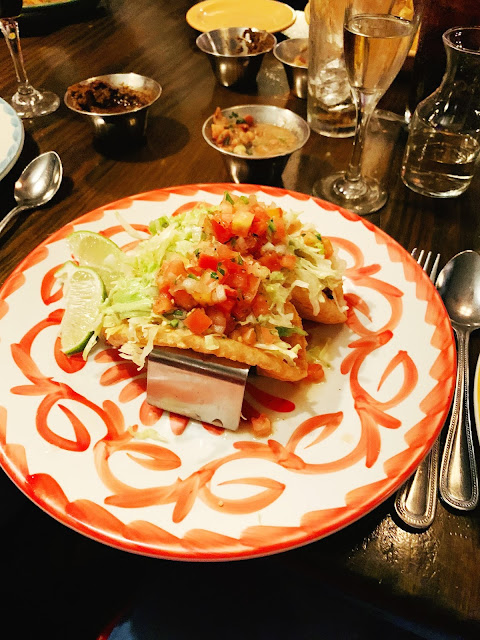 We eventually got up to Buffalo and it was freeeeeezing! After 2 flights we got to our hotel at 12:30am and were told that our rooms had been sold – defo not impressed! I mean how can you book and pay for rooms at a hotel and then get there to be told there were no longer any rooms. So we were sent on our way to another hotel (Courtyard by Marriott) and they tried to charge us an extra $100 a night a person… this was defo not on so the original hotel that had sold our rooms agreed to pay the difference – rightly so after some complaining!

Anyways… I finally got into my room at just after 1am. The room itself was lovely – the huge king bed was one of the best I’ve ever slept on and the shower was amazing… 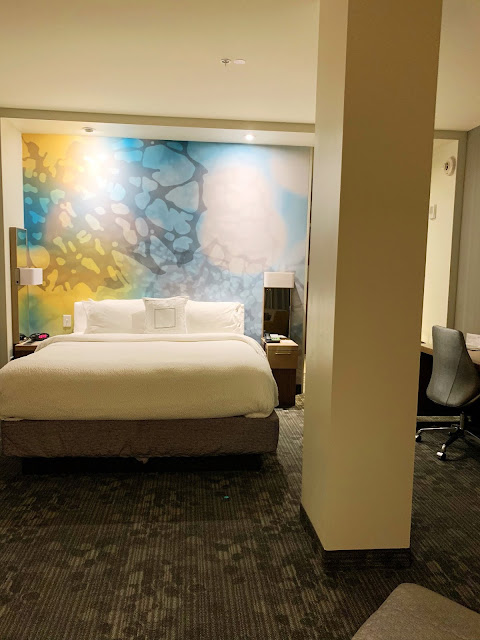 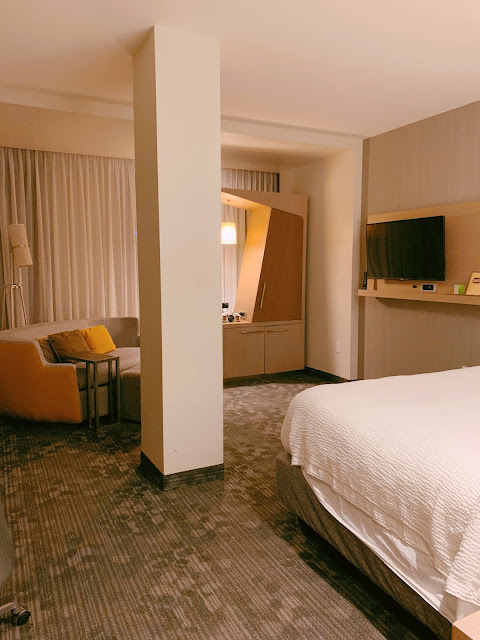 I managed to have a little dip in the pool first thing the following morning before going to the client and it was perfect – I mean having a pool all to yourself just makes it that much better. 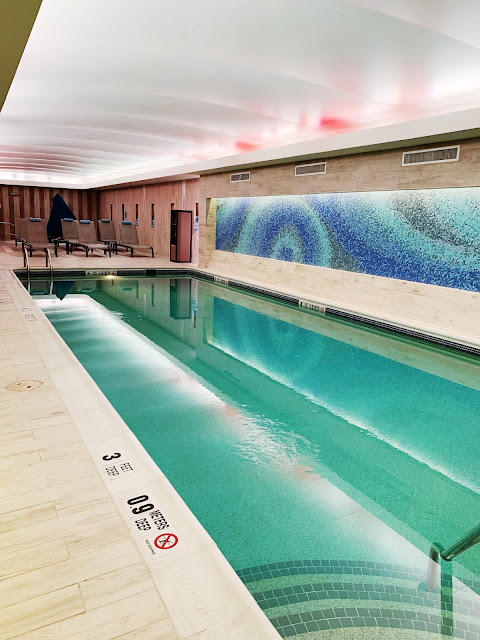 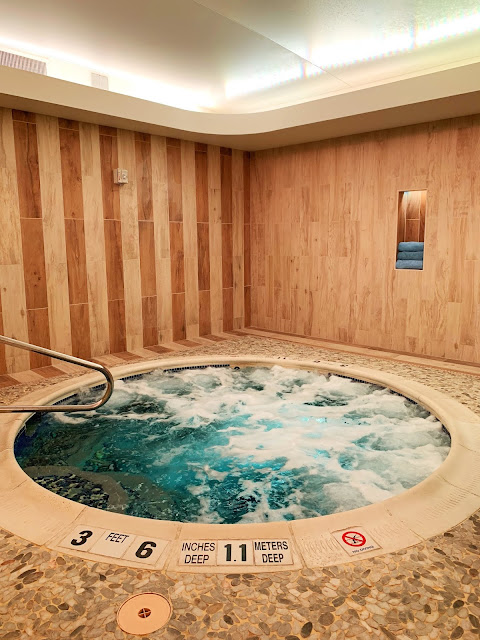 Now the one thing I’ve learnt about going to Buffalo during this time of the year is to bring a hat, scarf, gloves, winter coat and wear boots! I had a hat and wool coat which was ok but if I’m going again I now know what to bring. Also the client don’t wear business clothes so that’s a lesson learnt! The second day I went in jeans, a jumper and converse rather than the dress, tights and pumps. 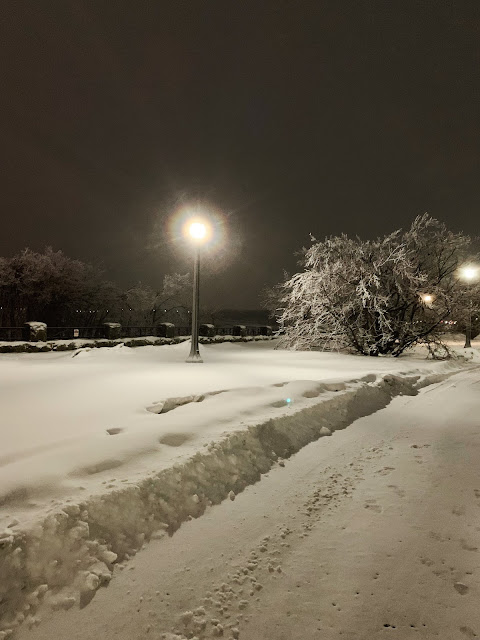 By the time we got to Niagara Falls it was just us and about 5 other people. We literally ran out of the car to have a look and then back into the car. The first place we stopped didn’t have many views because of the snow and the mist that was coming off the Falls. The mist literally froze as soon as it hit your clothes and also my glasses – it was definitely an experience. We stopped a little further along and got some other pictures which really show off the magic of the place. The American side of the falls were completely frozen which was pretty cool but the Canadian side stole the show. 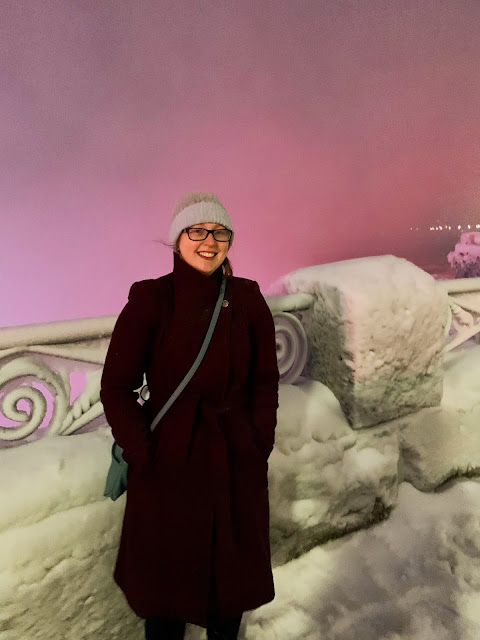 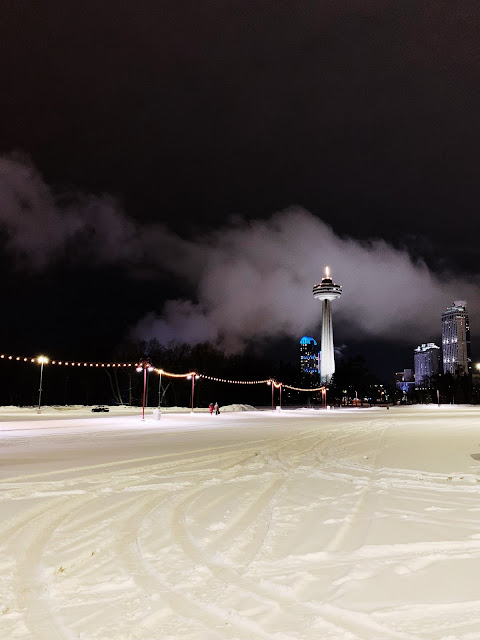 Niagara Falls is a pretty strange place but was pretty magical in the snow. We grabbed some food at Kelsey’s and couldn’t believe how affordable it was compared to the US. For 2 mains and 2 drinks it cost about $40 (Canadian Dollars) which was definitely the cheapest meal we had with the exchange rates. 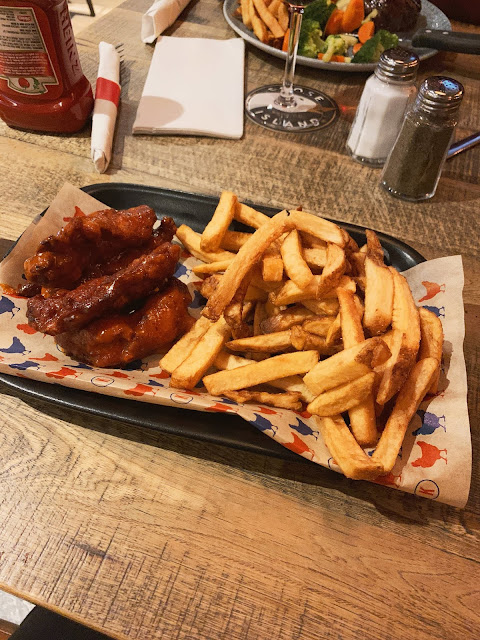 Thursday was our last day and after my final client close out meeting we jumped on the road to get to the airport. Our flight to JFK had been delayed by a few hours which would have meant missing the connecting flight so we managed to get on an earlier flight from Buffalo. This meant we had to hang around JFK for 4 hours but we found a Diner and grabbed some wine so not too bad!

The flight back was with Thomas Cook which wasn’t as luxurious as Singapore Airlines but you knew what you are getting.

So that was my week! Pretty busy but managed to have some fun sight seeing. Also managed to pop into Panera Bread in Buffalo and grab some tasty lunch and cakes before we left. Love it! 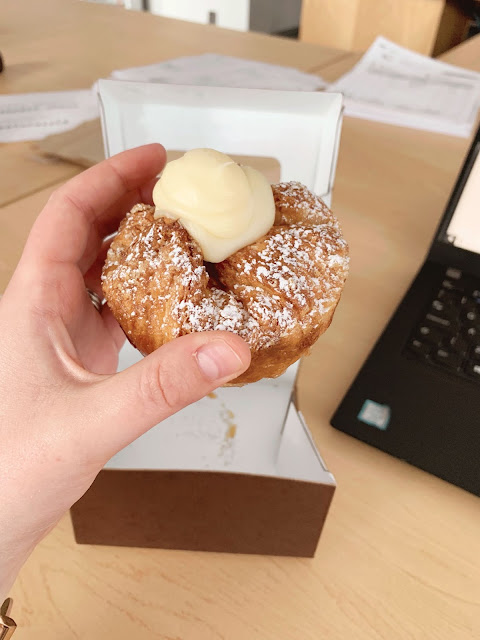 I would definitely go back to Buffalo but not too sure about Houston. Buffalo has more of a city feel whereas Houston just felt like lots of never ending roads with hotels everywhere. I’d also love it go back and see Niagara when its not snowing/ half frozen.

Anyone been to Houston or Buffalo?
Which do you prefer?

Until next time,
Cathers x