Good morning there! I’m starting to write this after the first night of Rory staying away. It 6:55am and I’ve been awake an hour after having slept through for the first time since Rory was born… actually scrap that… since being pregnant with him!

I miss writing blog posts but I’ve been finding it hard lately to find time or the motivation after a long day of work or looking after the little guy. At the moment, I’m absolutely loving Rory’s age. He’s into everything and trying his hardest to walk. Spending time with him brings me so much joy. He’s pointing at everything and it’s such a helpful way to communicate with us. When he hasn’t been poorly (I hate you nursery bugs!) he’s such a happy little boy and trying his best to walk independently but hasn’t quite got that confidence.

I’m now into my 5th month back at work and let’s be honest… the motivation has been lacking. I was lucky enough to be able to phase my return to work and use my accrued holiday to go back 3 days a week Jan to March. I then moved back to full time in April. I’m so glad I was able to do that as it was a nice transition. Jan was hard for me and I missed spending so much time with Rory. However it was nice to start reclaiming an identity that wasn’t just Rory’s mummy. Those 3 months were amazing and I looked forward to my days off (Wednesday and Friday). It was a nice way to break up the week. Wednesday I’d collect Rory from nursery at 11:30 for swimming at 12 and we’d then go on an adventure in the afternoon. Friday I’d either leave him in for most of the day and then pick him up at 2 or 3 or keep him off and go to do something with friends. I lived for these days.

However… Rory has been a poorly boy on and off since starting nursery and omg the nursery bugs have been a killer! The temps where we’ve had to collect him… during covid times they’d have to send him home as soon as he got a temp and sometimes it was just due to teething! We’ve also had sickness bugs galore and so many coughs and colds. One of things I found toughest about retuning to work full time was juggling a poorly baby and working. I’ve been lucky enough to make up hours in some cases and take holiday in others, but it’s been hard. Our family lives an hour and a half away so it’s not as easy as asking them to come in 10 mins and has to be planned. Luckily my mum doesn’t work and has been a life line for helping us out.

My focus has changed since returning to work. I’ve been able to change up my hours and start at 8am and finish at 4:30pm which means I can pick up Rory from nursery. Tim will do the drop off while I start work early. I love picking up Rory and evenings after nursery. He’ll have a snack in the car and when we get home he’ll usually have another snack – he’s a growing boy! We’ll then play and sometimes go out for a walk on his trike. Before we know it it’s time for book time, bath time and then bed. When Rory started nursery he had a 6pm bedtime so that early pick meant I had some time with him before bed. I found it so strange to go from spending all my time with him to just a few hours and I found it a hard adjustment. He now goes to bed at 7pm and this means we can have a decent amount of time with him after nursery. Pushing back bedtime has also helped his nighttime sleep which is a dream! (Yay sleep!)

I was listening to a podcast and it was talking about work/life balance and how it’s a myth (not sure how much I believe that), but instead your priorities will shift at different points in your life which will mean more life or more work. It’s a good way of thinking about it and I think the later is true. I also think getting more of a balance is valid in cases and was one of the reasons I left my old job in 2019, however, my priorities then were different as we didn’t have a child and my focus was climbing the career ladder. My priority during this phase of my life is Rory and I know work will shift again in the future. For the time being, I’m so grateful for the flexibility I get in my current role. I know I don’t want to be an Internal Audit Manager for a long time, but for now it’s where I’m meant to be. I have less pressure on me and I know I can (for the most part), stick to my hours.

Pre-COVID, a big part of my role was travelling to different Sites across the country and we worked in the office every day. In a post-COVID world, my role has moved to remote working with a couple days in the office a month. We’re still expected to visit Sites but luckily that’s only once or twice a month. I was out at a Site in north Wales yesterday, but I managed to get home at 6pm which meant I had some time with Rory before bed. Working from home is great and means no commute time and any role going forward I’ll make sure there’s hybrid working. Having that extra time means we can get some house chores done at lunch or put the washing on during the day. Most importantly it means I can pick Rory up at 5ish and have some time together.

I do miss that time with Rory, but for me and my family, returning to work full time was the right decision. Rory absolutely loves nursery, his room staff and playing with other children. He thrives off the interaction and learns so much from watching the other children. We’re so glad we picked his nursery and now the weather is picking up he gets to go outside lots to play which is one of his favourite things to do. He settled in so well and we don’t have any problems at drop off (long may it continue!).

The weekends are sacred to me and we try to make sure we plan things to do as a family. We start off the weekend with swimming lessons which some of our baby friends go to and then follow it up with brunch together. It’s such a lovely way to kick off the weekend. We’ll then either see family (both our parents live about an hr and a half away) or go and do some sort of activity. We’ve been to the Cotswold Wildlife Park (I’d 100% recommend going!), the aquarium, lots of different parks (we love scouting out different parks with swings as they’re Rory’s favourite) or seeing other baby friends.

Returning to work is a bit adjustment whether that’s part time or full time. You’ve got to do what’s right for you and your family and don’t let anyone tell you otherwise. I got a fair few comments from people (including friends and family) shocked I’d gone back after 9.5 months and wouldn’t I rather spend that time with Rory and I’d never get it back. Well… SMP had finished and I was no longer bringing any money into the household, we have a mortgage and bills to pay and I’m the ‘breadwinner’ in our family. It really does annoy me that men don’t get these types of comments, and although I’d love to spend all my time with Rory, I enjoy being back at work and being challenged and contributing. I think it’s important for Rory to see me working and succeeding in my career. I’m focused in my work time so that when it gets to 4:30 I can log off and then focus my time on him and the same with the weekends.

The juggle is real and I don’t think I’ll ever find a perfect balance, but I’m doing my best. My goal over the next couple months is going to be focusing on bringing back some me time and filling up my cup. Like many other mums and working mums, I put everyone else before myself but as someone reminded me yesterday, how do you expect to look after others if you don’t look after yourself. And this is so true! Rory’s sleeping so much better (please carry on pleaseeeeee) and I’m feeling so much more energised so I’m going to work on getting some exercise time back into my life. I’ve signed up to a Clubbercise class that’ll take place every Thursday at a local school and I’m going to try and get out running twice a week. I want to make my goals realistic and then reassess in a month or so as to whether I can increase it or keep it as is.

It’s all a juggle ladies! Being a mum is oh so hard but omg I love it! There’s nothing I’d change it for. I saw a quote on instagram this morning by @littlejemmings and it sums my life up atm…

I’m defined by motherhood at the moment.

It’s pretty much my whole purpose, my only narrative. Most days it’s all-consuming and leaves little time for anything else.

I wanted this, every part of it. I chose this life, the good, the bad and the outrageously, exhaustingly ugly.

And while I’m defined by motherhood right now, I know it won’t be like this forever. Right now, they need me a little less than they did yesterday but heartbreakingly more than they will ever again.

One day soon the little arms will fall from my neck, the wee footsteps will stop following me around and the sweet voices will stop calling my name. One day soon, I won’t be defined by motherhood.

Motherhood is long. Then it’s lonely.
So right now, I’m blessed to be defined by motherhood.

Have you decided to return to work? How are you finding it? Any tips for other working mums out there?

Until next time,
Cathers xx 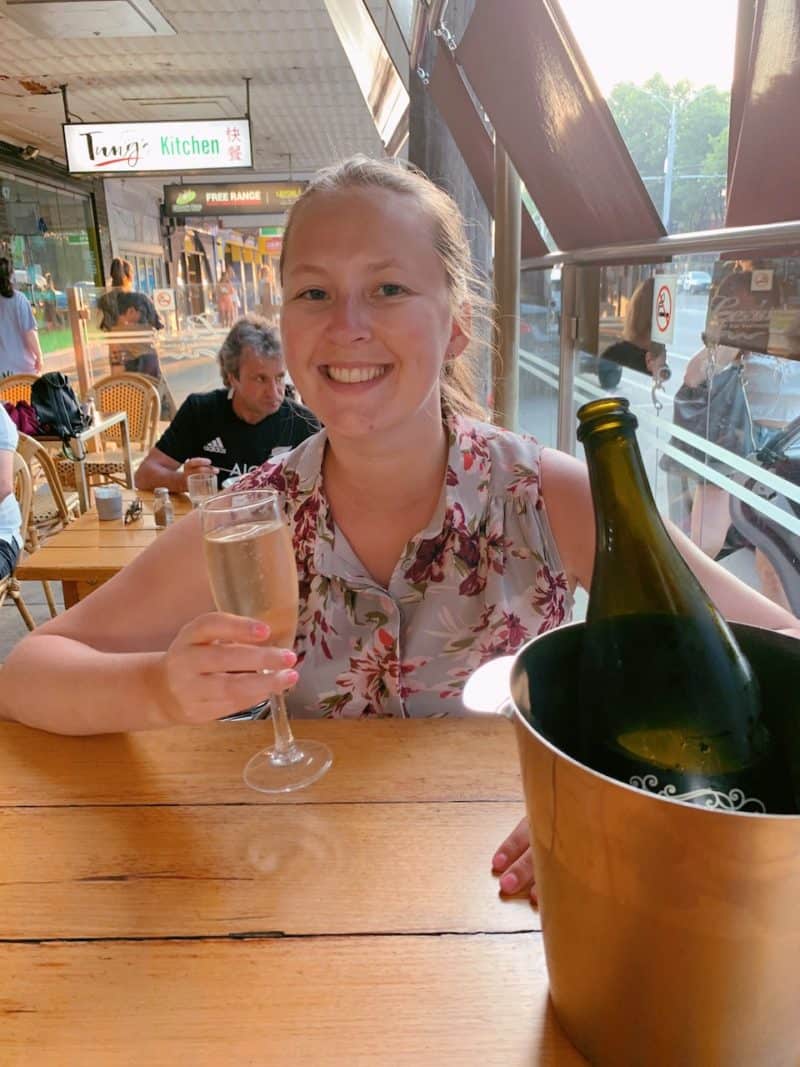